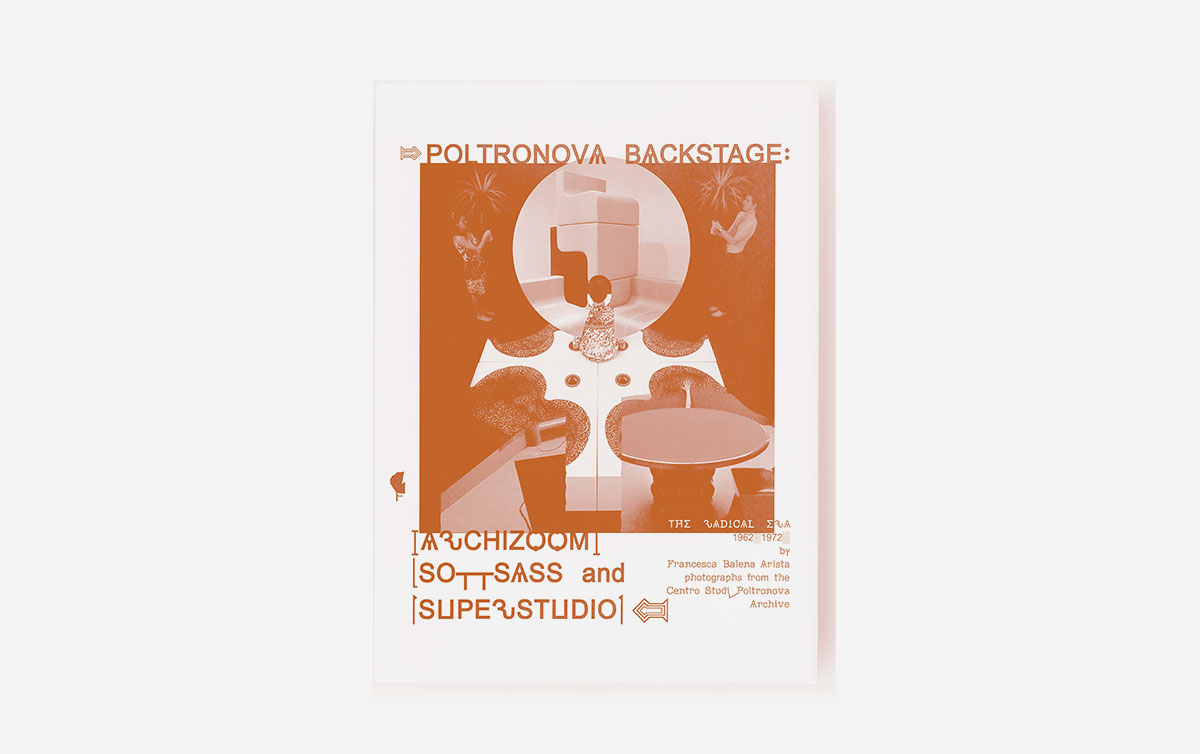 In 1957, Sergio Cammilli rented a small workshop with three or four upholsterers, in Agliana, a small town outside Pistoia near Quarrata. Since the early 1950s it had been an important production area in post-war Tuscany for cushioned furniture. He called it “Poltronova,” “nova,” or “new,” to make it stand out from the old manufacturing of padded and “traditional” furniture, which at the time reigned supreme in Quarrata. One year later he appointed Ettore Sottsass Art Director of Poltronova. That same year Adriano Olivetti asked Sottsass to work together and eventually replace Nizzoli as AD for his company, too. Olivetti’s factory — the grand Fordist one that in “Olivetti’s vision” [Marco Revelli, Il vento di Adriano. La comunità concreta di Olivetti tra non più e non ancora, Derive Approdi, Rome] was an internal version of Fordism, or “soft Fordism,” able to reconcile mass production with beauty, profit with culture, while putting art at the industry’s service. During those years, it found in the tiny provincial Agliana a small entrepreneur named Cammilli. 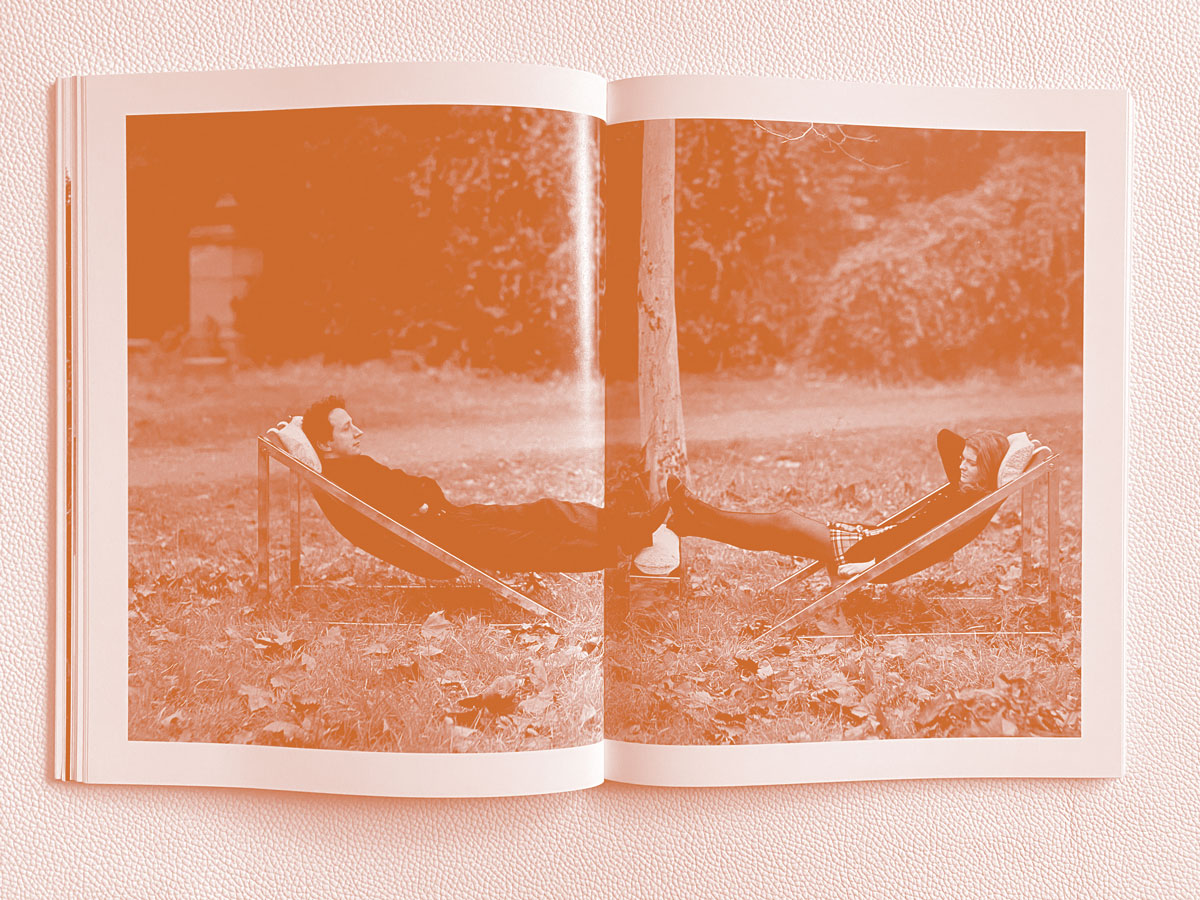 He was certainly far from Olivetti’s vision of the “new community movement” but, in his own small way, aimed to do just the same with his armchairs by using art within the industry to give modernity and technical, production, and above all aesthetic innovation to his armchairs. It’s no coincidence that, back then, he chose the same Art Director as Adriano. Like the graphic designer Nizzoli and the architect, ceramicist, and photographer Ettore Sottsass, Cammilli, too, came from the art world. He had studied at the Porta Romana art institute in Florence. He had made the War Memorial of his anti-fascist Agliana, and for his Poltronova company he had designed the “Toscanella,” a modern-day version of the traditional Tuscan straw chair. We—[Archizoom Associatil], the newly graduated, radical designers, protestors of a productivist design culture—sought new merchandise, new types of products, and new images able to give shape to our protests. We also tried to bring art to politics. In 1966, our first encounter with Cammilli didn’t take place in a university or at the company, but rather in an art gallery, Pistoia’s Jolly 2, at a time when neither designers nor architects stepped foot in galleries. For that matter, not even industrialists visited art galleries in search of designs to manufacture. There, Cammilli saw the real-life Superonda prototype, made in plywood and laminated wood painted in green and orange stripes. 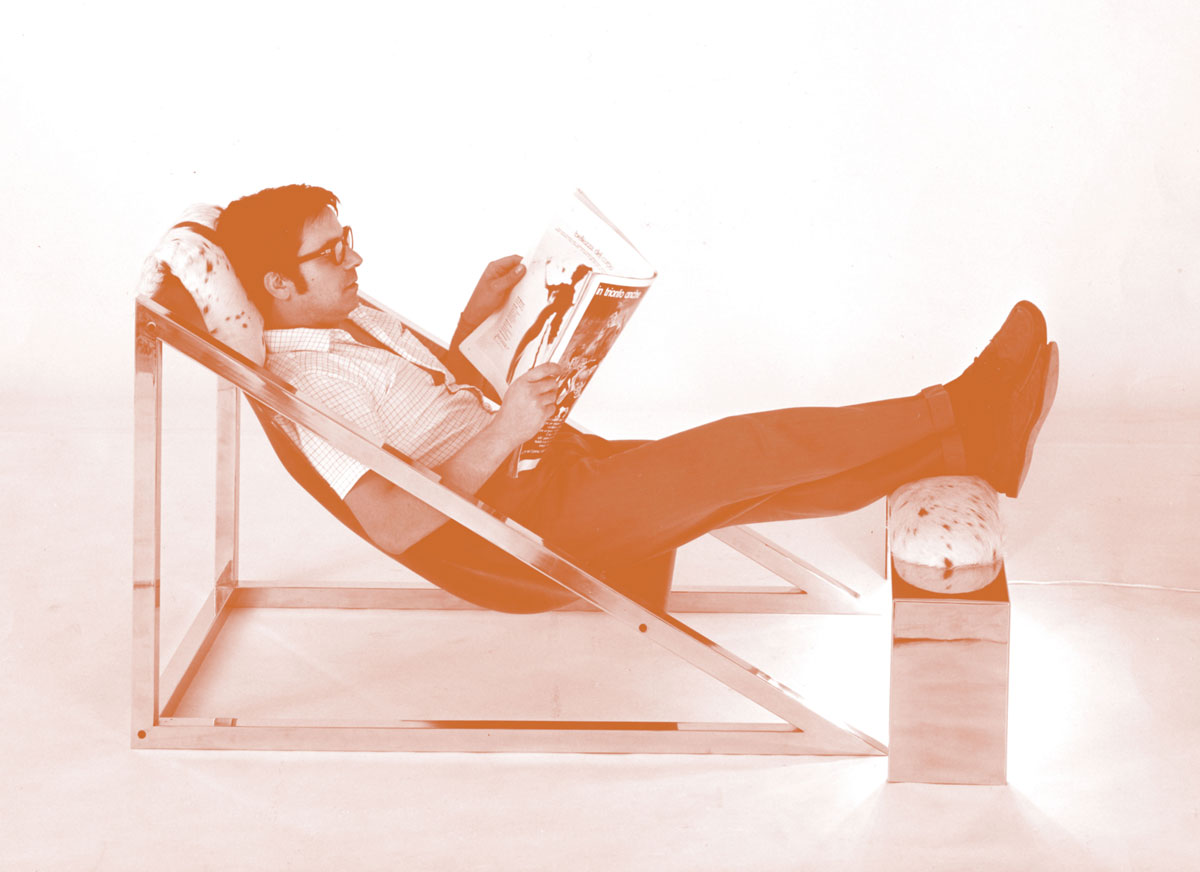 Throughout the Superarchitettura exhibition he encountered a different, disenchanted, anti-academic, all-pop way of designing products. He called his Art Director, Sottsass, and immediately decided to manufacture it.

I remember a meeting with them, in a room on the first floor at the new Poltronova headquarters. We all attended. Ettore and Cammilli were holding a 1:5-scale cardboard model with blue and white stripes. Straightaway, he offered to make the product with Pirelli foam: “They can send us the polyurethane foam pad. It’ll already be cut, so we’d only have to upholster it.” We chose the Sky covering, an inexpensive waterproof textile that Oldenburg had used in white on some of his sculptures. It was also present in primary colors—red, green, yellow, black, etc.—on the cheap trench jackets anti-conformist girls wore. They’d brag about the bold colors and the synthetic fabric. One day I was there for the first Safari prototype, which, by the way, Cammilli had made on the weekends, in fiberglass with a pharmacist friend of his. He led me to the warehouse and showed me about twenty pre-cut foam pads ready to be upholstered. It wasn’t a prototype anymore, and neither a one-off. But thanks to Cammilli’s engineering, it became a possible series product. Cammilli liked that. It truly was an industrial product, with industrial-product costs, where craftsmanship was limited to simply cutting and sewing on the upholstery. But its form and type were absolutely new. A sofa/single bed that could be used as a couch and even a chaise lounge, covered in washable, light, all-synthetic, all-new plastic textile. A small revolution if compared to Quarrata sofas at the time. So was he indeed dreaming about building the FIAT of padding in Agliana? Maybe. Cammilli’s background was in art but he was from , Agliana, a small anti-fascist, left-wing town where culture for the politically involved was of priceless importance. I as well come from a small town, and I had a strong political upbringing. I had been part of student protest movements, and at that time I was also an activist in an extra-Parliamentary left-wing group called “Potere Operaio.” 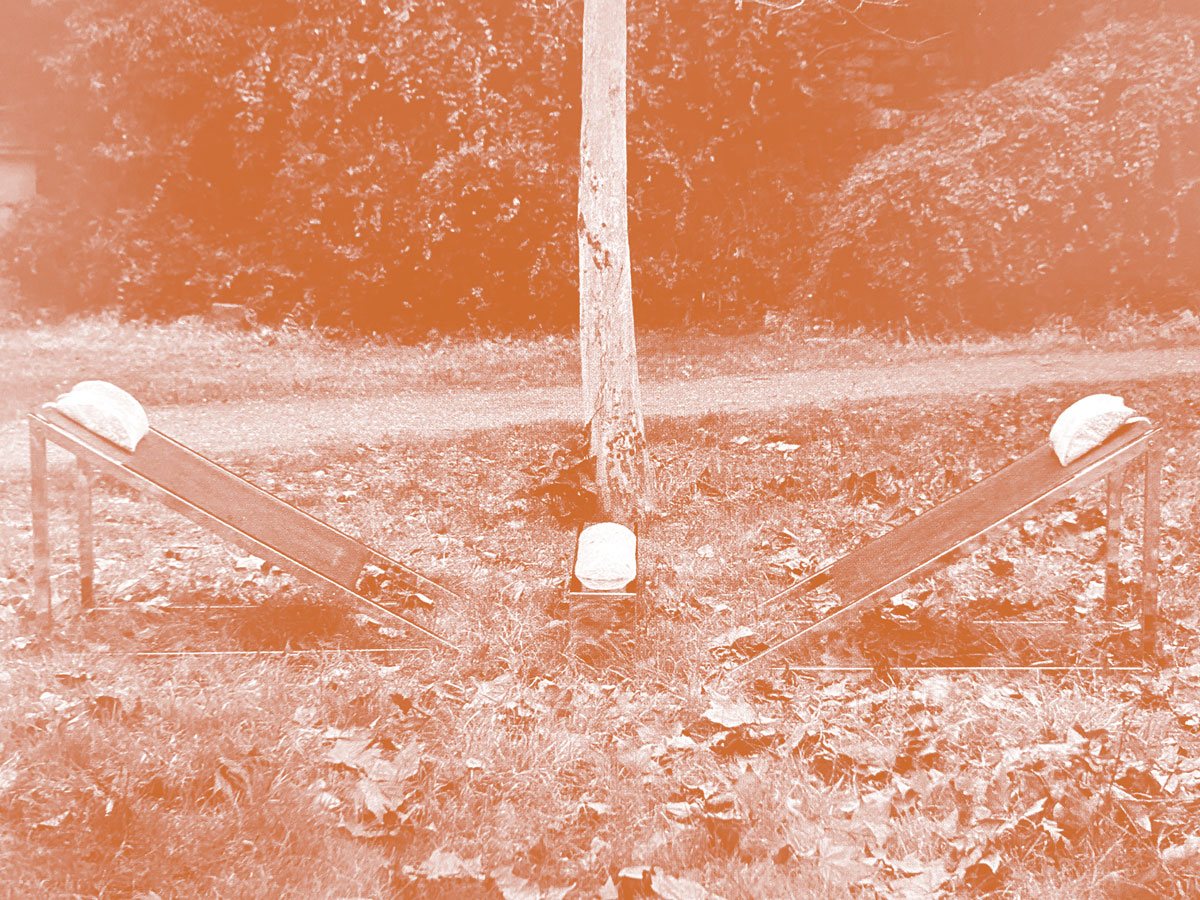 But Cammilli and I never discussed politics. We were formal in our conversations, and we saw a lot of one another during the Superonda, Safari, and Mies prototype productions. Then there were also our long car rides in his white Alfa Romeo heading for the furniture fair in Milan. Both of us knew he was a communist and I was a left-wing extra-Parliamentary activist. It was very important for me to know that Cammilli was a “comrade,” and even though he was the “owner,” the relationship he had with the few employees of his easily made you understand that, for him, they were his collaborators and not his servants. And, for us small-town guys, culture was something positive, a value that could change the status quo and give a new and modern quality to furniture. Art wasn’t supposed to give just an aesthetic value, but also existentially legitimize that grand series the factory promised against all the behavioral and social backwardness of underpaid craftsmanship and cottage industry, which was still alive and kicking in Quarrata and across Italy’s production centers. So together our furniture sought a new kind of home, as affordable as possible to the not-so-well-off but educated. Quality furniture that was inspired, young, and bold, like Bob Dylan’s music or Allen Ginsberg’s poetry, or even Malcolm X himself. When the Morozzi sisters got married [Lucia with Dario Bartolini and Nicoletta with Andrea Branzi], I gave them two cardboard mitres plus two metal and rubber chairs made by the blacksmith Paolo Mariani, as our gifts to them. Both chairs were placed frontally, and separated by a narrow ottoman lit from below. Cammilli saw them at the wedding and, at first, made no comments. He said nothing, though he kept looking at them. Well, he didn’t wait for Sottsass’s opinion, and after awhile, he approached me at that crazy party and whispered, “Come to the factory tomorrow, and we’ll make it.” I can count on one hand those entrepreneurs who have made me feel such intense joy. So Cammilli wanted to create the FIAT of padding? Or that Design Center, that distribution center we at Archizoom and Superstudio were asked [in 1968] to design? Maybe both. Especially a “new distribution center,” an alternative to IKEA. Reading Facendo mobili con… once again: “The center should be like a vast collection of products that, without giving into luxury [my underline], may keep guaranteeing formal correctness and efficient service. The affordable price will draw the public at large to this kind of market… This organization will try to resolve the age-old problem of the home by considering its social aspect, above all.” In 1968, Archizoom was invited to take part in the Triennale di Milano, curated by De Carlo. 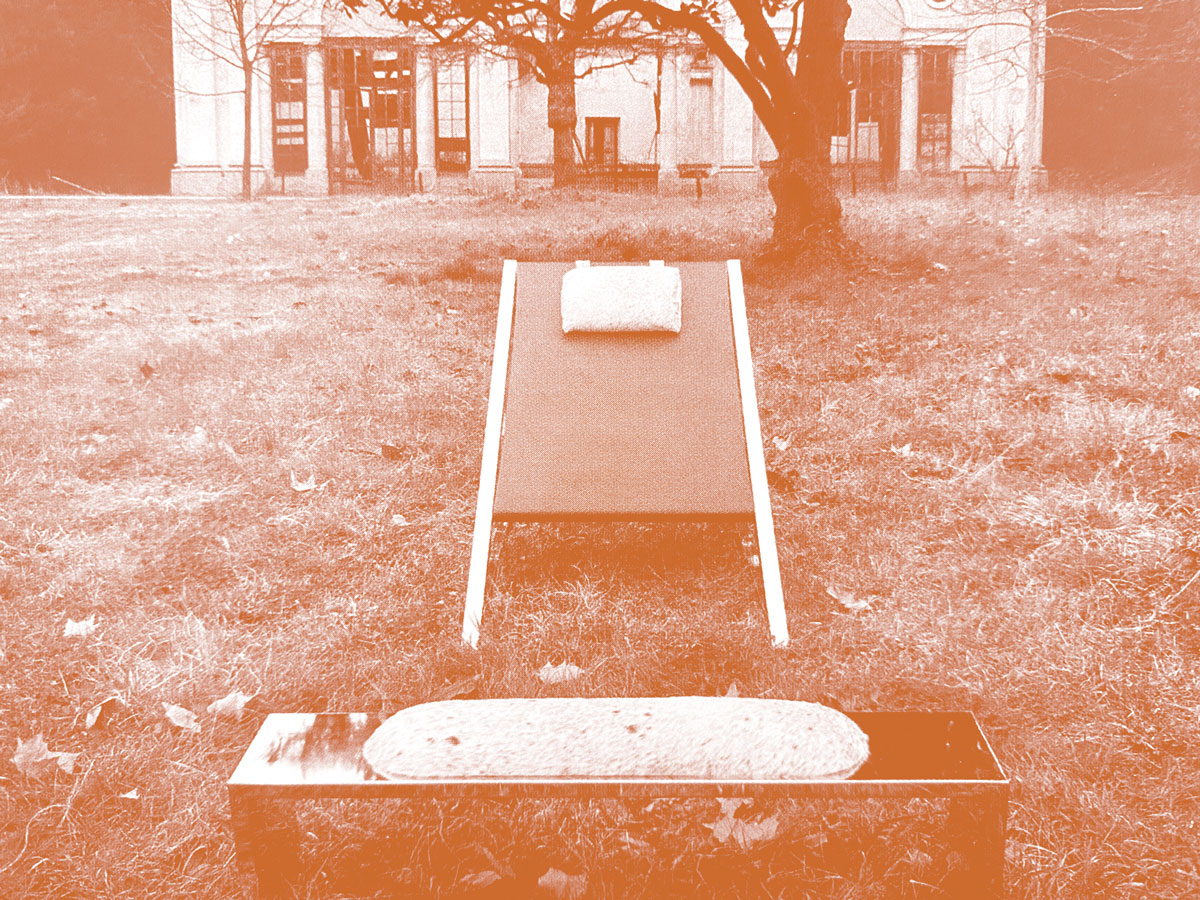 We were young. Almost all of us were around twenty-eight years old. We designed an “Eclectic Conspiracy Center” that was a Mausoleum to Malcolm X, the Black Muslim leader who had been assassinated in 1965. And, in my opinion, it was one of Archizoom’s best and certainly most explicitly political designs, rich with coherent formal inventiveness. Cammilli participated in and financed the production. He was quite proud he had discovered and supported and promoted a group of designers, politically motivated and able to create coherent formal innovation that aroused more and more interest from publications on architecture and design. In 1969, the Mies was presented at the Milan furniture fair. Even though it appeared in numerous magazines, the Mies had limited sales. In 1971, we attempted a wooden version, but its success on the market was even less. He told me that, every now and then, he’d meet up with Dino Gavina and Cesare Cassina and they’d discuss design. It pleased him that he was a part of this prestigious trio. One day he said to me: “I told Cesare Cassina to get in touch with you. I don’t want to stand in your way. Cassina may be able to give you what I can’t.” A few days later, Cesare Cassina came to our studio on Via Ricorboli, in a Mercedes with his driver, and another chapter opened. It all started with Mr. Cammilli, a unique entrepreneur from a small town, confident in the miraculous power of art, when he introduced us to Sottsass. And it ended when Cassina came into the picture. I have an autographed copy of his book Facendo mobili con…. [Poltronova edizioni, 1977]. The dedication is “to my friend and collaborator Paolo Deganello, fondly.” I have been a friend and collaborator and travel mate of Mr. Sergio Cammilli.