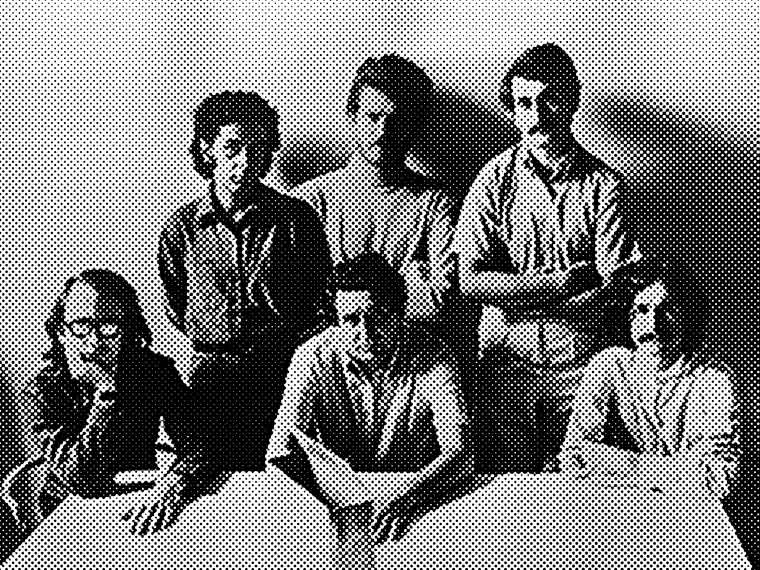 Superstudio, founded in Florence in 1966 at the Faculty of Architecture, initially consisted of Adolfo Natalini and Cristiano Toraldo di Francia, who were later joined by Roberto Magris [in 1967], Piero Frassinelli [in 1968], Alessandro Magris [in 1970] and Alessandro Poli [from 1970 to 1972]. Superstudio’s experimental activity began when it took part in the show Superarchitettura [1966] organised together with Archizoom. That experience, thanks to the encounter with Poltronova, gave birth to the lamp Passiflora and the couch Sofo. Design d’invenzione e design d’evasione [“Domus” 475, 1969], Istogrammi d’architettura [1969] and Monumento continuo were published between 1968 and 1969. Still in 1969, the group took part in the Graz Biennale with the theme Architecture and Freedom. Between 1971 and 1973, Superstudio produced theoretical work, films and utopian designs: Cinque storie del Superstudio and Supersurface presented in 1972 at the New York MoMA during the show Italy: The New Domestic Landscape. In 1973, he was one of the founding members of Global Tools presided by Ettore Sottsass jr. In 1978, before the group broke up, he took part in the show Topologia e Morfogenesi at the Venice Biennale. Some recent tributes to the group include: Superstudio 50, a show curated by Gabriele Mastrigli, MAXXI in Rome; Superstudio Migrazioni, CIVA Brussels [2020].