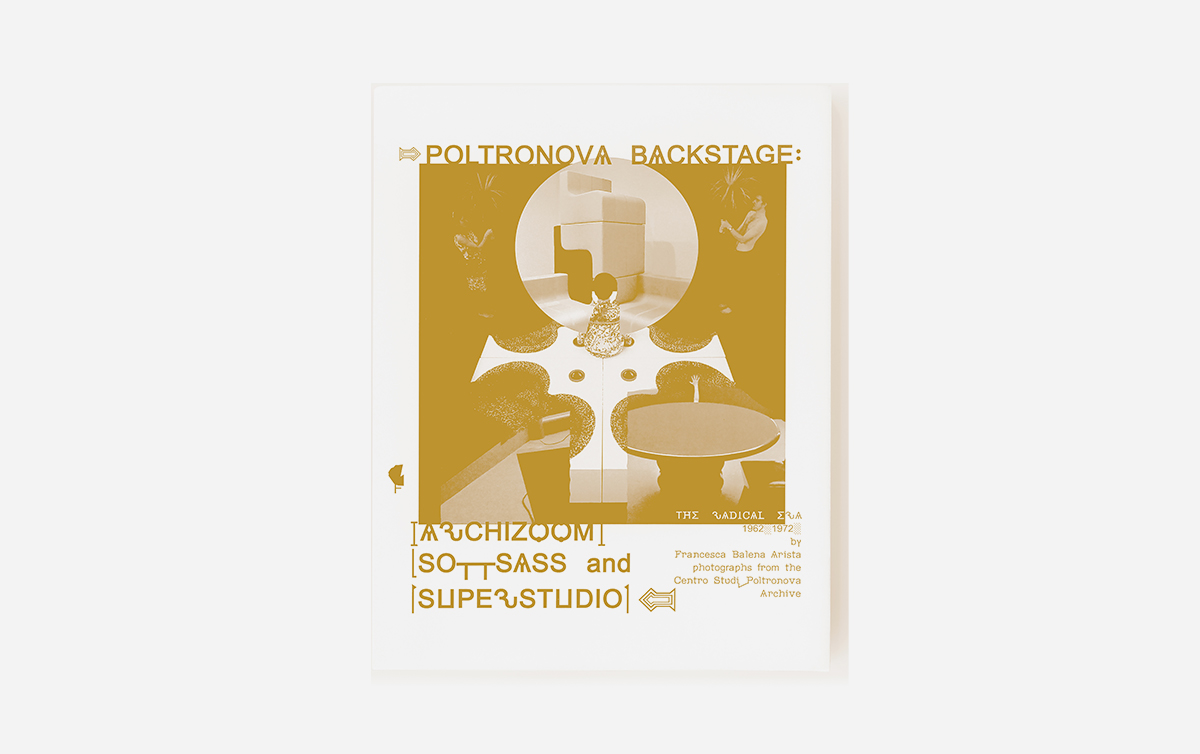 Continental, facing their home, and have some chicken broth, because Nanda had such a delicate stomach. I recall other heartier dinners with Sergio Cammilli on red gingham tablecloths at the Osteria del contadino in Agliana, in front of the Poltronova factory, the Tuscan company that manufactured the furnishings of Ettore, Archizoom, and Superstudio, which were so different from those found in middle-class homes back then. I was amazed that such a good-natured and gentle person, like Sergio Cammilli, had the courage to make the red-and-green-striped furniture in Superarchitettura Superonda sofa in shiny leatherette by Archizoom.

At Poltronova I also met Allen Ginsberg who, squatting on the floor, chanted “Om”… In Florence, I went to the movies with him to see Pasolini’s Medea. We’d all dance to the rock of “I Can’t Get No Satisfaction”. We even changed the way we dressed. Massimo brought me in his FIAT Cinquecento to the Piper boutique in Rome where he got me some red bellbottoms and a purple jacket with silver buttons, kind of like the ones Malcolm McLaren wore at the time. Dancing to rock and dressing in “Adam and the Ants” style was a part of radical living. At the time there weren’t any rock discoes in Florence: Archizoom and Superstudio opened one at the Antella Casa del popolo [outskirts of Florence]. Sergio Cammilli lent some Superarchitettura objects to furnish the venue, and Dario Bartolini was in charge of sound. On Saturdays we’d dance like crazy. 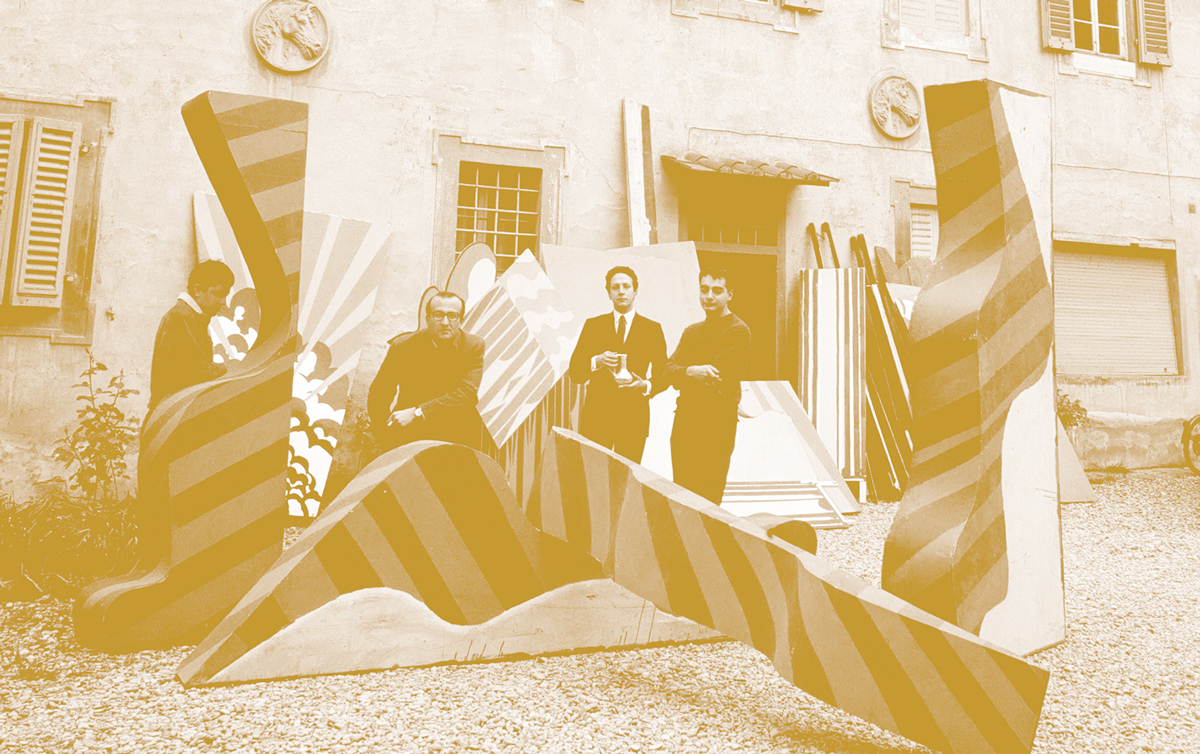 After I got married our love nest was on Via San Michele in Monteripaldi, on the hillside of Florence, not far from the Pian dei Giullari. It became the backdrop for a series of legendary photos with the Superonda and a record player hidden inside a candy-pink table, with powerful speakers on both sides of a long tube painted green, which blasted deafening music. It was Dario Bartolini’s wedding gift to us. Placed vertically, my children climbed on the Superonda for years. I recall, in the recesses of my mind, that the Monteripaldi home was also the setting for a series of parties with Ettore and Nanda.

I can still vividly remember Andrea Branzi wearing his sister Giuseppina’s leopard-print shirt and a long necklace made from crackers. The Mies chair in latex sheet and the San Remo floor lamp made by Poltronova land later donated to the Archivio del progetto in Parmaj were among our first pieces of furniture. They weren’t all that practical. Being an unwitting participant of the radical avant-garde, my own “moveable feast”, was a life experience that gave me such a special way of seeing things. 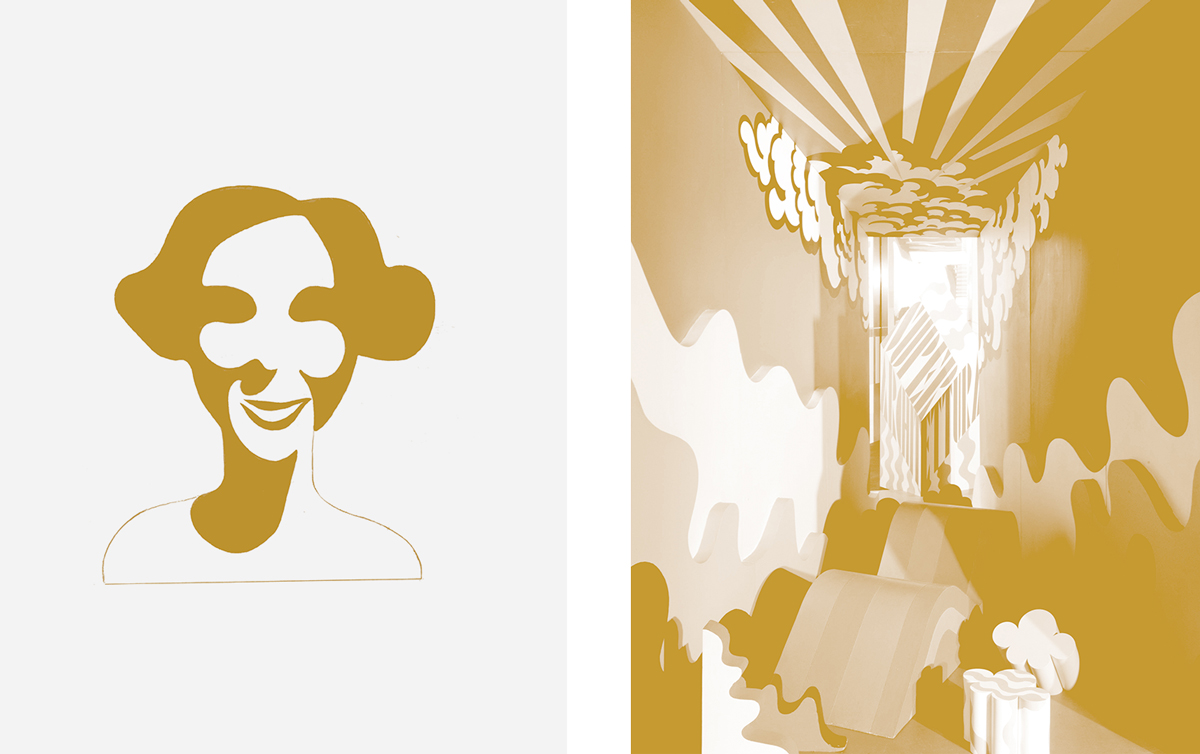