Let’s start from the beginning: how did Joe and your connection to Poltronova come about? Did the idea come from Sergio Cammilli, director of the company, or was this a project on which you were already working?

Paolo Lomazzi → «Joe was the result of the success of the inflatable Blow armchair (by Zanotta). That object was truly revolutionary for the design of those years (we were in 1967—68). It was aimed at a bourgeois elite, educated but still rather traditional in its tastes. Cammilli knew about our work and came to see us. He asked us to design a breakthrough object for his company, something completely outside the box.»

Donato D’Urbino → «I remember that Cammilli came to the studio, though we didn’t know each other. Paolo recalls that the encounter was at the previous location, at Via Rossini 3, near the public gardens at Porta Venezia. It was an area with many artists, from the end of the 1800s, including the studios of Nizzoli, and Crippa… Inside the firm, we have different viewpoints on this project. There were arguments and discussions, but in the end we found a way to all take part, and we had a lot of fun, especially when we had to make the model.»

You did it at the studio? With what material?

DD → «No, it was done by model makers, first in clay and then in plaster.»

PL → «We worked hard on the model. It was placed on a trestle, of the kind used to make sculptures. The clay was wet and we used burlap bags, continuously shaping, cutting and reshaping to find the right forms. We did it with the help of these very patient craftsmen, who tried to respond to our orders.»

DD → «Today models are made with computers, but until about 10 years ago the model maker worked with wood, following our instructions and our drawings perfectly. This type of clay model was made by craftsmen from the 19th—century architectural tradition, when buildings had balconies supported by impressive corbels or thick columns, things that could not be done with wooden models, so clay had to be used. In those years, in Milan there were no more than three or four such craftsmen, and now they are probably all gone. » 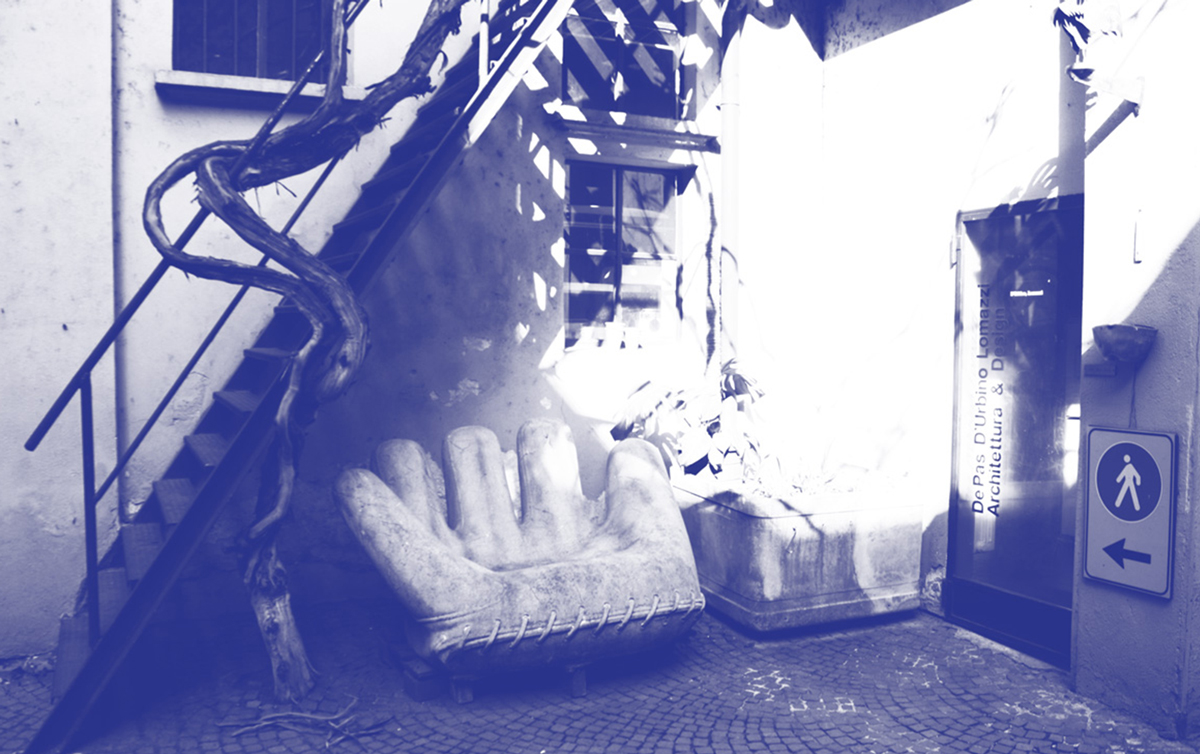 But how did you get the idea of making a baseball glove into a chair?

DD → «I have a clear recollection of Jonathan wandering around out here, in the courtyard, wearing a baseball glove, punching his fist into it…»

PL → «You have to remember the cultural climate in that period, the impact of the discovery of Pop Art on design. Besides the issues related to renewal of the form of objects, in those years the use of new technologies was a very important theme. We were already working on expanded polyurethane, and we were among the first to do that. This material opened up totally new paths. The polyurethane was placed in a mold and took on the desired form. You could do anything.»

Joe is an object that is still complicated to make, since it has a metal.

DD → «We could control the technical side, including the metal structure. The problem was that in those years there was already a surplus of upholstered furnishings, the forms were repeated, more or less always the same. Cammilli asked us to do something totally different, an opportunity to get away from things already seen elsewhere.»

PL → «This object was a breakthrough above all in terms of the usual habitat schemes. Inserting Joe in a traditional living room caused an earthquake that swept away all certainties.»

DD → «It is an armchair in which you can stretch out and get comfortable; you can put your feet in the air and your head near the floor. The user has a very free approach.»

Joe has become one of the symbols of that moment in design history when our way of living and our relationship with objects in the home were being reinvented.

PL → «Many years have gone by, and it continues to be a symbol, but it was far from a painless creation. We were young and our culture was still that of the Modern Movement, we had a thousand disputes on the way to making this object. We managed to do it thanks to the stimuli supplied by Sergio Cammilli. It is hard for entrepreneurs, with their focus on the commercial side, to be able to generate innovative objects, to challenge a certain way of living.»

They say that Cammilli didn’t look at the market side so much, but relied on knowing what he liked. In this way, he made Poltronova into a company that did not have big sales numbers, but had a catalogue containing many of the most innovative pieces of that time.

DD → «You can have your cultural cake and eat it too? Cammilli certainly thought so… he was totally convinced.» 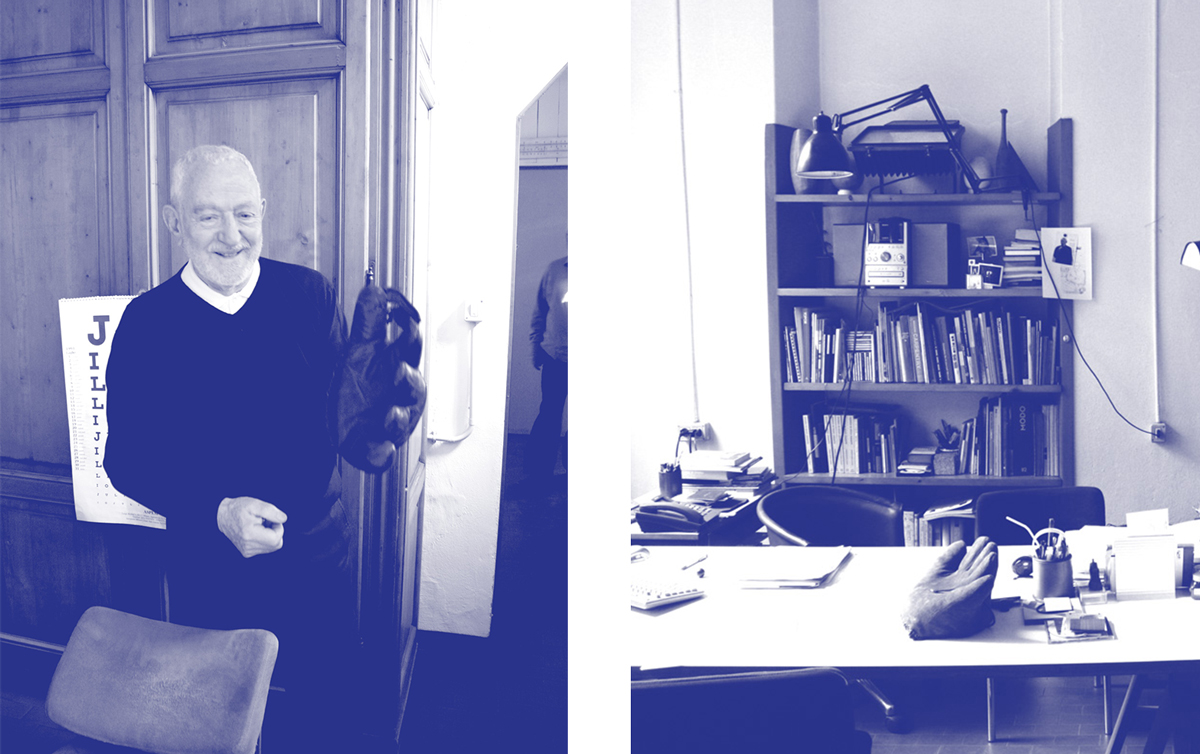 Did you see him often?

PL → «Yes, in the period of Joe. I remember his great courtesy, the way he was absolutely positive, although like all artists he also spread a certain amount of confusion. Now and then he too had his crises, there were bills to pay, so he would ask you to make something that would be easy to sell.»

Right after the successful conclusion of this adventure, you received the invitation from Emilio Ambasz to take part, with Joe and other projects, in the exhibition Italy: The New Domestic Landscape at MoMA New York, which is still the most important event ever produced on Italian design.

DD → I«t was very interesting to meet Emilio Ambasz. In the world of Italian design you could not find such an intelligent, erudite person, with such a precise language and this great ability to identify the various conceptual currents, to understand what was behind Italian design.»

PL → «I remember that we wanted to show our projects with a mime… there was little time before the opening, so nothing happened, it was too late and there was no money to pay a performer. But the idea of a mime interacting with the objects was very interesting, I think.

Do you have some drawings of Joe?

DD → «Graphite has always been our passion, but we never made a single drawing of Joe — it’s practically impossible to make working drawings of a baseball glove. There are many other objects we have drawn down to the smallest details, but an object like Joe can only be created by using models.»

How has your way of working changed, with respect to that period?

PL → «In the past you worked much more on the model, the prototype, but now you work a lot with a computer, which has advantages and disadvantages, because it means much more freedom of intellectual elaboration, but also much more distance from the material.»