The shape of the future Superonda sofa was created for the historic 1966 exhibition Superarchitettura at Galleria Jolly 2 in Pistoia. The event was regarded as the founding moment of the so—called Radical Architecture movement, which was given its name by art critic Germano Celant. The Radical season, a product of Italy and Florence in particular, was an extremely original experience that found fertile soil in Tuscany to germinate the ferment that had been scattered across the international scene by the Situationism of Debord and Constant, by the Austrian experiences of Pichler and Hollein, and through the colorful incursions of London—based Archigram. The Superarchitettura exhibition involved not only the Archizoom Associati group, consisting of Andrea Branzi (1938), Paolo Deganello (1940), Gilberto Corretti (1941) and Massimo Morozzi (1941—2014), who were soon joined by Dario (1943) and Lucia Bartolini (1944—2009), but also the newly formed Superstudio group, in setting up an environment in which the central features are not so much the technical and physical parameters, but the social aspect of consumption.

In 1966, the Archizoom project Superonda was no more than an outline and a colorful prototype. Sergio Cammilli, who at the time was the manager of the Agliana—based company and decided that Ettore Sottsass was the right person to be its art director, visited the singular exhibition at the Pistoia gallery, commenting: «the exhibition aroused no little amazement in me. It fascinated me. I wanted to get to know them and to understand their work and thoughts. I went to Monte Uliveto where the group had set up their studio. Once inside that environment, I took part in the natural disorder that reigned, stepping on drawings, talking in motion, and passing from one character to another». Cammilli understood the potential of those prototypes, despite their being still hybrids with no function, and, with the agreement of the designers, he decided to propose their production, which began in 1967 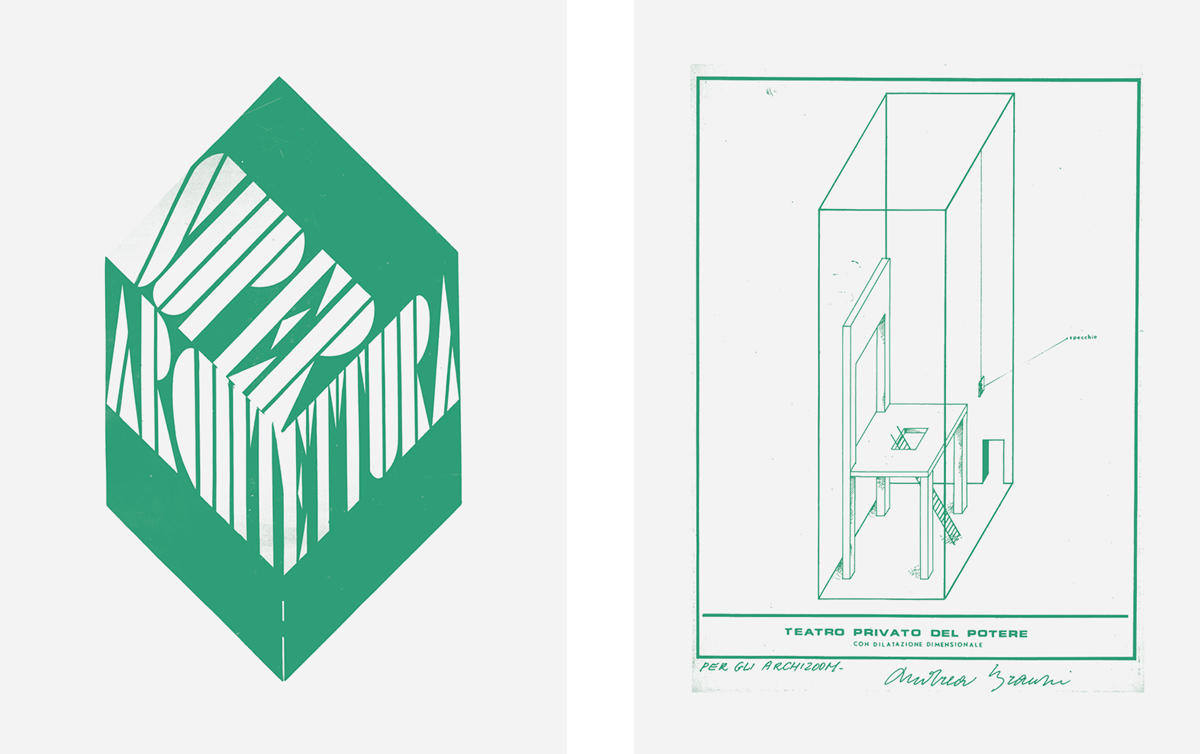 While the Superonda wasn’t an immediate commercial success, Elio Fiorucci, for example, with whom the Archizoom group began to collaborate in the early seventies on a flamboyant clothing project, used it to furnish his famous Milan store, and many furnishing products that made their appearance on the market in the two—year period 1967—68 were inspired by the waves generated by Archizoom. As Roberto Gargiani reminds us, Filiberto Menna included the Superonda as one of the five industrial design objects to send as Italian representatives to the exhibition organised by the International Council of Societies of Industrial Design in September 1969 in London.

In 1967, after various attempts, it was decided to produce the Superonda shape in polyurethane foam. This relatively poor and low cost, but at the same time very malleable material had recently made its appearance in the world of home furnishing, making it possible to produce a multitude of innovative freeform shapes. The polyurethane used for Superonda contains no rigid internal structure. It is coated with a glossy PVC fabric spread onto the foam (another innovative material that became highly effective in the period when plastic had free rein) and was initially available in two colors, black and white, followed shortly by red.

Initially, a technical solution was sought to join the two wave—shaped elements in the design. But it seemed that any solution, including braces and vertical metal tubes, ended up by destroying the aspiration of total freedom contained in the object and it was therefore decided not to join the two elements in one fixed arrangement. The curvy outlines of the two “waves” are mirror—images, making various positions and functions possible: a soft almost bed—like surface on the floor; a sofa with seat and backrest; two chaise longues; and also a de facto sculpture.
The independence of the object is such that Superonda can easily be moved outdoors, also in consideration of its extremely contained weight, making it possible to modify both the indoor and the outdoor environment in which it is contained.

Maximum freedom of use is reflected in the equally uninhibited shape, which suggests creativity and a light touch. In the words of Branzi himself: «Superonda asserted the complete independence of the furnishing product from the architecture that contained it and the formal tradition of the sofa».
The stated prerogative of Radical Architecture was an equally “radical” challenging of traditional functions like sitting or lying down, benefitting more creative attitudes stimulated by objects that, like this one, aren’t dogmatic and don’t impose predefined methods of use.
The Superonda is part of the permanent collections of the Triennale Design Museum in Milan and MoMA in New York, as well as continuing to appear, as it always has, in the catalog of the Pistoia—based company now known as Centro Studi Poltronova per il Design and managed by Roberta Meloni. (Elisabetta Trincherini)